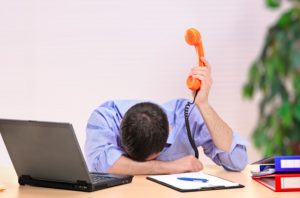 The offer was $10k low asking for $9k in closing costs.  The lender letter said that was all the buyers were approved for.  The seller was going to reject it.  After all the property had only been on the market for 5 days and was located in a very rural area where 30 days was the norm.  The listing agent called the selling agent to pass on the bad news.

Instead, the selling agent re-wrote the whole transaction along with a new lender letter.  The expiration date on the new offer was from the first offer so the new offer had ‘expired’ before it was written.

The seller was on the east coast dealing with business and said he would deal with it when he got back home.  The listing agent dutifully texted the selling agent with this information.

The selling agent scheduled an inspection which the listing agent said couldn’t be done because the offer wasn’t mutually accepted yet.  The selling agent came back with a new text stating the transaction would be dead at 10 a.m. the next day if the seller didn’t sign the paperwork.

Clearly, the selling agent didn’t realize the offer had already died twice  –  once by the incorrect expiration date on page 1 of the Purchase and Sale Agreement and the second time due to the pre-printed language in the form.